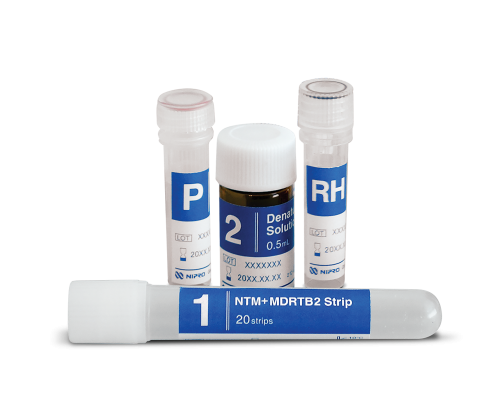 Drug susceptibility testing for tuberculosis based on line probe assay.

Genoscholar™ NTM+MDRTB II is approved by the World Health Organization (WHO) and distinguishes between Mycobacterium species while also testing resistance to rifampicin and isoniazid.

For more information, we invite you to contact our IVD team.

Line probe assay for the detection of tuberculosis resistant to fluoroquinolone and kanamycin
Tuberculosis detection
View all IVD products
Need help?
Get in touch

For information regarding Nipro products, services, and resource material: